Emerging issues in Science and Society 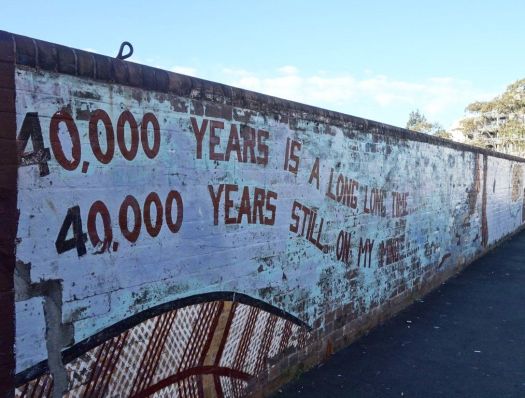 Refreshments will be served

To meet the great challenges of this century we need the best science, but also the best social and humanities research. The answers that science provides are often not enough to make the changes we need to see in the world. Only when researchers work together across disciplinary divides can we be sure we are asking the right questions.

Emerging Issues in Science and Society is a special event, covering pressing topics that affect Australian society. To consider these topics from many angles, this event will bring together scientists with researchers from the humanities and social sciences. There will be three sessions, each covering the basic science behind a set of issues, implications for policy and society, and the challenges of public engagement with science.

Will it ever be possible for AI to do wrong the right way? 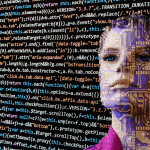 Siri and other AI (Artificial Intelligence) programs that attempt to converse with or listen to humans can appear to make more mistakes than we do. Correcting these errors so that AI is flawless is a holy grail for programmers and roboticists. Once AI is able to understand when it has gone wrong surely then will it be able to exhibit self-reflection and adapt accordingly just as we humans do? Notwithstanding our many perfections and achievements, we humans are also much of the time deeply error-prone. Humans make mistakes, period. Yet, a select few of our mistakes are not regretted; rather, they are 'happy accidents'. The term ‘happy accident' is an idiom for serendipitous discoveries. Human history abounds with such beneficial errors: the invention of penicillin, stainless steel, velcro, the list goes on. In this discussion we explore how AI will need to be able to profit from its wrongs, learn which accidents could be ‘happy’ ones, and right its wrongs creatively in order to become truly more like humans. By considering creative industries and labour-saving devices we tackle the complex reflexivity required to be able to do wrong the right way. 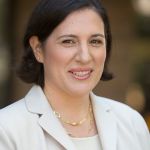 Professor Katina Michael is a professor in the Faculty of Engineering and Information Sciences at the University of Wollongong. She is Editor in Chief of IEEE Technology and Society Magazine, and Senior Editor of IEEE Consumer Electronics Magazine. 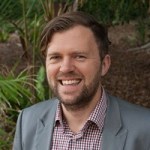 Dr Thomas Birtchnell is a Senior Lecturer in the School of Geography and Sustainable Communities at the University of Wollongong. Before this, he was a Research Associate at Lancaster University in the UK in a project funded by the Economic and Social Research Council (ESRC) and led by Distinguished Professor John Urry. The research project (ES/J007455/1) examined the past and future impacts of 3D printing on transport and society. His research interests lie in the mobilities of people, knowledge and materials globally. His journal publishing includes papers in Journal of Ethnic and Migration Studies, Transfers, Technological Forecasting and Social Change, Consumption, Markets & Culture, Journal of Geography in Higher Education, Area, Marketing Theory, Contemporary South Asia, Futures, Journal of Transport Geography, Mobilities and South Asia: Journal of South Asian Studies. His books include Indovation: Innovation and a Global Knowledge Economy in India (2013 Palgrave Macmillan) and 3D Printing for Development in the Global South: The 3D4D Challenge (2014 Palgrave Macmillan) co-authored with William Hoyle. His latest book is A New Industrial Future? 3D Printing and the Reconfiguring of Production, Distribution, and Consumption (2016 Routledge). His co-edited books include Elite Mobilities (2013 Routledge) with Javier Caletrio and Cargomobilities: Moving Materials in a Global Age (2015 Routledge) with Satya Savitzky and John Urry.

Can precision medicine live up to its promises? 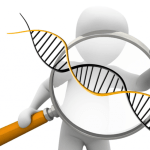 Precision Medicine has the potential to treat a range of diseases and genetic disorders, but at what cost? Precision Medicine policies, exemplified by the US ‘All of US’ research program, explicitly aim to represent and engage with the ethnic and demographic diversity of the population in order to achieve these goals. We examine how precision therapeutics and diagnostics are assembled in the laboratory and the challenges of translating scientific discovery into clinical outcomes. Does the promise of ‘participant engagement’ make Precision Medicine more likely to succeed? How successful have targeted therapies like Herceptin actually been and is their success likely to be replicated with other illnesses? 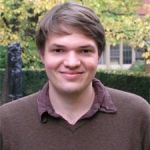 Dr Angus Johnston is the head of the Nanomaterials for Biology group at the Monash Institute of Pharmaceutical Sciences. His current research focuses on developing targeted drug delivery systems and engineering molecular sensors to understand how proteins and nanoparticles interact with cells. He received his PhD in 2006 from the University of Queensland and worked at the University of Melbourne as a research fellow and Australian Postdoctoral Fellow until 2013. From 2012-2015 he was an ARC Future Fellow. Angus has received a number of awards for his research, including as a finalist for the 2013 Eureka Award for Outstanding Young Researcher and the 2010 Young Tall Poppy Award. 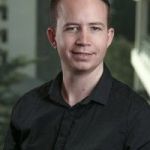 Declan Kuch is a Research Fellow in the School of Humanities at UNSW. As a sociologist of science and technology, his research is motivated by the problem of how to reconcile public values with economic democracy. His research covers climate change, energy policy and the social dimensions of the life sciences. His main role is co-leader of the Social Dimensions stream of ARC Centre of Excellence in CBNS. He also co-ordinate the Outreach Committee, which involves producing the Centre’s ‘Biomedical Futures’ events. He is currently researching the social, ethical and political dimensions of precision medicine. He has also published widely on topics related to climate change policy and energy, including ‘The Rise and Fall of Carbon Emissions Trading’ (2015, Palgrave McMillan’s Energy and Environment Series). He has consulted to the Australian Council of Learned Academies on public engagement with technology.

When did Australia’s human history begin? 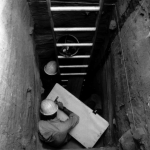 In the 1950s, it was widely believed that the first Australians had arrived on this continent only a few thousand years earlier. They were regarded as ‘primitive’ – a fossilised stage in human evolution – but not necessarily ancient. In the decades since, Indigenous history has been pushed back into the dizzying expanse of deep time. But what does 65,000 years of history mean? How have these recent discoveries shaped our understanding of Australia’s past? This panel moves beyond the view of ancient Australia as a timeless and traditional foundation story to explore the ways in which scientists and humanists are engaging with the deep past as a transformative human history. 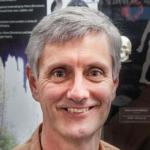 Professor Richard ‘Bert’ Roberts is an Australian Research Council (ARC) Australian Laureate Fellow at the University of Wollongong and Director of the ARC Centre of Excellence for Australian Biodiversity and Heritage (CABAH). He was trained in the Earth sciences and is interested in past interactions between hunter-gatherers and their environments in Africa, Asia and Australia. Much of his career has been spent investigating turning points in human evolution and dispersal, publishing across the fields of geochronology, archaeological science, human evolution and terrestrial ecosystems. Professor Roberts leads a team dedicated to the analysis of archaeological sediments and residues, and to reconstructing the timing, causes and ecological consequences of archaic and modern human migrations around the planet. 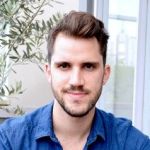 Billy Griffiths is a historian and postdoctoral research fellow at the Alfred Deakin Institute for Citizenship and Globalisation. He is the author of The China Breakthrough: Whitlam in the Middle Kingdom, 1971 and co-editor of The Australian Archaeologist’s Book of Quotations. His forthcoming book on the history of Australian archaeology will be published by Black Inc. in 2018 as Deep Time Dreaming: Uncovering Ancient Australia. 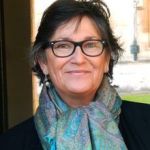 Professor Lynette Russell is a historian who combines anthropology and archaeology in her research. She is Director of the Monash Indigenous Studies Centre, which is a research and teaching unit specializing in History, Archaeology and Anthropology.  She is extensively published and is the author or editor of twelve books, specializing in Aboriginal and encounter history. Professor Russell is committed to community and public outreach and seeks to disseminate her work widely. As an interdisciplinary scholar she works with archaeologists and museum studies specialists as well as transnational historians. She is committed to ethical research with community members as equal partners in the research process. She has held fellowships at both Oxford and Cambridge Universities, and she is a member of the Academy Social Sciences Australia.