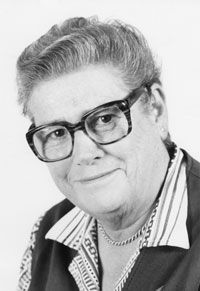 I would like to invite you to a special seminar by History and Philosophy of Science this week which will be held to commemorate the centenary of Diana (Ding) Dyason, former head of HPS at the University of Melbourne.

The Ding Dyason commemorative seminar will touch on all aspects of Dyason’s life, work and intellectual legacy with a series of short talks and panels from current, former and emerging scholars from HPS.

Speakers will include former heads of HPS, Janet McCalman and Howard Sankey, historian of the Dyason family Cecily Hunter, Lecturer in the History of Medicine and Life Sciences, James Bradley, and Postgraduate Research Fellow and this year’s Greg Dening Lecturer Fallon Mody.

The event will be lightly catered. All are welcome, no RSVPs necessary.

For further information about details of the event, please contact the HPS Seminar Co-ordinator, Martin Bush, at martin.bush@unimelb.edu.au.

Do you have a question, comment or concern about this site? Email the web master.

We look forward to meeting you in Wellington at our conference.